The Autumn 2021 Budget hailed big changes in the world of alcohol policy, with the announcement of a revamp to the alcohol duty system. The Alcohol Health Alliance has long campaigned for the strongest products to pay the highest taxes and welcomed the principles outlined in the review that would help protect public health. Our response can be read here. In this blog, public health campaigner, Habib Kadiri, takes a closer look at the details of the plans and areas in which there may be room for improvement.

Delayed gratification, the feeling of getting what you asked for after years of tirelessly pushing for it, is something public health (alcohol) campaigners must be used to now, what with the gestation period for minimum unit pricing in Scotland prolonged by an epic legal challenge, and the announcement from chancellor Rishi Sunak of a radical simplification of the alcohol excise duties structure in the 2021 Budget.

At the House of Commons dispatch box, Sunak declared the new commonsense principle: ‘The stronger the drink, the higher the rate’, a policy rarity in that it garners the nodding agreement of organisations as opposite as the Alcohol Health Alliance UK and the Institute of Economic Affairs.

But the chancellor had more tricks up his sleeve, which potentially could leave a bittersweet taste in the mouth of those who see the taxation issue from a health and social cost angle rather than a purely economic one.

For example, Sunak announced sparkling wine duties would fall in line with still wines, causing some commentators to question the political motives behind the move.

But perhaps the true politics behind the move is simply ideological – low taxes are good, no matter the consequences. Sparkling wine is simply one of many alcoholic beverages to be taxed at a lower rate from 2023. And this is the part that ought to alarm public health campaigners, for after a passing mention of a small increase in some rates for cheap high strength undertaxed drinks, Sunak went on to frame the rest of his pronouncements entirely in terms of entrepreneurialism, helping people with the cost of living, and freedom from the duty strictures of the European Union (EU).

This is a potential problem on several fronts. To take the ‘Brexit’ claim first, EU Member States are permitted to value their taxes on alcoholic beverages within bands set at Commission level. So where the UK once had one of the highest excise rates for beers and wines of all Member States, it was by choice, albeit within defined limits, but the chancellor always had enough wriggle room to do some of the things he announced in this Budget, if not quite reset alcohol duty tax levels to the extent he has now.

Secondly, the support for measures that boost public health may pale in comparison with that for entrepreneurial ventures in the alcohol industry. Take the cider sector, whose new duty rate will remain half that of beer.

Where the move to raise duties for an undertaxed alcoholic beverage is welcome, it is not nearly enough to be sure that its impact won’t be undercut by the effects of additional relief for small cider producers. This is reflected in the comment made by public health alcohol expert Dr Peter Rice in the immediate aftermath of the Budget announcement.

Speaking of cumulative impact, the chancellor’s brave new tax regime will see revenues from alcohol duties decline further than they already have through successive predecessors’ freezing and slashing duties in one form or another since 2012. Thanks to this and another cancellation of alcohol duties, Sunak delivered the promise of a tax cut worth £3bn (by 2026/27) as though he didn’t need the money to pay for public services such as the NHS that will have to deal with the social and health harms from excessive alcohol consumption.

It is an odd move to pull during the Austerity years when the public are told that the government needs to pay down its deficits, odder still considering the relative inelasticity of demand for alcohol during a pandemic (as found by the Office for Budget Responsibility when it said alcohol consumption was one of the few tax bases left ‘relatively unscathed’ by the COVID-19 pandemic), and weirdest of all considering that we’ve witnessed new record highs in deaths caused by alcohol in the last year in both England and Wales (since 2001) and Scotland (since 2008).

And it would seem downright dangerous to think that only raising taxes for high strength drinks will be enough to deal with all of this. Given that the loss in receipts from closures of pubs and restaurants ‘has been more than offset by higher sales in supermarkets and other shops’, perhaps Budget Day would have been an opportune moment for chancellor Sunak to announce minimum unit pricing as part of his pricing reforms, to help limit further rises in alcohol-related health and social harms in the coming years.

But perhaps I am missing the point. Low taxes are good, no matter the consequences, right? 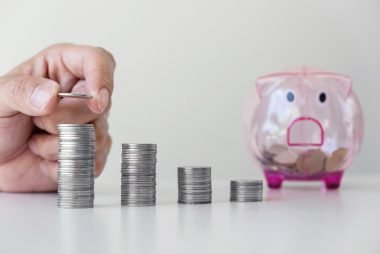 What difference does an increase in alcohol duty make, and can higher prices really reduce alcohol harm? Colin Shevills explores 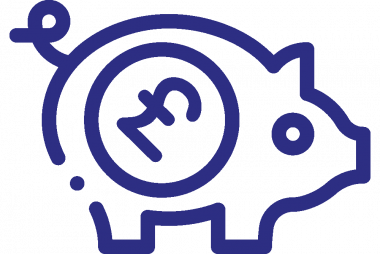 What is alcohol duty and why is the AHA campaigning to change it?