Despite how common heavy drinking can be, we still have a long way to go in addressing the stigma around alcohol use disorders. In this blog, Dr James Morris, Research Fellow at London South Bank University’s Centre for Addictive Behaviours Research and host of The Alcohol ‘Problem’ Podcast, argues that it’s time to change the way we all speak to each other about alcohol and its harms.

Indeed, a clear picture now seems to be emerging that whilst most lower risk drinkers have drank the same or even less, many people with existing alcohol use disorders (AUD) are drinking more, increasing the severity of their problems, and for some, the development of alcohol dependence. Unsurprisingly, factors such as stress, anxiety and other problems are likely to be driving these increases.

One important question is to what extent harmful drinkers themselves recognise their alcohol use as such. Problem recognition is a key starting point for a person to make changes or seek help for their drinking but is relatively unexplored.  My research focuses on this question as harmful drinkers are often characterised by seeing their drinking as normal or positive and are highly dismissive of the risks. Alcohol use may indeed have real benefits for harmful drinkers, even if these may be outweighed by the costs, at least in the longer term.

Low problem recognition amongst harmful drinkers partly reflects the culturally normalised position of alcohol use, so long as one is not perceived to have a ‘problem’. Society generally regards drinking as problematic only when it interferes with one’s ability to function, for example, to go to work or stay on top of family responsibilities. These ideas are closely entwined with the widely known (but no longer officially used) idea of ‘alcoholism’ as an illness that requires total abstinence.

In turn, society at large, and many heavy drinkers, often draw on extreme stereotypes of the ‘alcoholic other’ to safely position their own use as ‘non-problematic’. Unfortunately, this reinforces the heavy stigma of being seen to have an alcohol problem and increases the threshold for problem recognition amongst those with AUDs.

So what can be done to address this? Most importantly we need to look at the drivers of harmful alcohol consumption. England is now well behind the rest of the UK on failing to effectively utilise important alcohol policy levers such as pricing, advertising and availability. More investment in alcohol treatment and improved early intervention are also needed.

But we also need to actively change the cultural position of alcohol in society through how we talk about and understand alcohol use. A strong body of evidence now shows that language matters, particularly concerning how stigma operates as a powerful barrier to problem recognition and help-seeking. We now have evidence to show that if we can encourage people to think of alcohol use and problems as existing on a continuum, this can increase problem recognition and reduce stigma.

In contrast, using binary terms such as ‘alcoholic’ can reduce problem recognition because most harmful drinkers will strongly reject the idea that they are ‘alcoholics’ and not want to give up alcohol altogether. This is not to say people should not self-label if they wish. We know Alcoholics Anonymous is a highly valuable route to abstinence-based recovery for many. However, we need to ensure that the alcoholism concept does not spill over such that those who lie within the many shades of grey between moderate and very heavy drinking can recognise and reflect on these risks without fear of being stigmatised. Furthermore, they must know that lifelong abstinence is not the only option and there are many health and wellbeing benefits to cutting down.

Some progress is being made. Dry January is now a widely known initiative with millions taking part every year. Alcohol Change UK highlight that the goal of Dry January is to initiate longer term behaviour change via a month off, with evidence suggesting many people do report drinking less after. Many other groups and networks now exist for people who want to change their drinking, whilst there has been positive downward trends in young people’s drinking. The ‘NoLO’ (alcohol free and low alcohol) drinks market continues to grow, with many people reporting using these drinks to help moderate their intake.

These initiatives most likely both contribute to and reflect some positive shifts in how alcohol is viewed by society at large. But we must also take very seriously the consequences of harmful drinking and the impact of the pandemic on these groups. In a recent podcast, I discussed how deeply language matters in the context of both mental health and alcohol issues. We must actively pursue a more nuanced and less stigmatising understanding of alcohol problems amongst society. We need more public figures to talk openly about their own experiences, particularly those which highlight that alcohol problems permeate across society and are not just confined to the ‘alcoholic other’.

If you are worried about your own or someone else’s drinking, there is help available.

More information about organisations which offer help and support can be found on our support page. 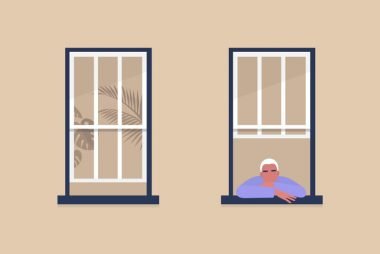 With lockdown drinking on the rise, now is the time for the government to act on alcohol harm

Dr Tony Rao has been tracking data on drinking patterns in lockdown. He argues why now is the perfect moment for the government to introduce… 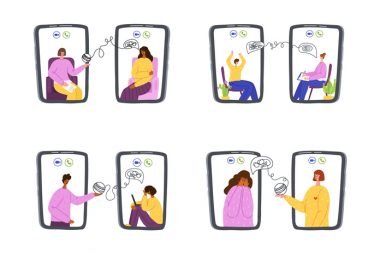 What legacy will the coronavirus lockdown leave on alcohol treatment services?

What legacy will the coronavirus lockdown leave on treatment services? Laura Bunt explores