Minimum unit pricing was introduced in Scotland in 2018. A thorough evaluation, led by Public Health Scotland, is underway to look at both the intended and unintended consequences of MUP.  It will publish its final report in 2022. In this blog, Dr Peter Rice, President of the European Alcohol Policy Alliance, examines the evidence so far.

If you arrive at Glasgow Airport, you will be greeted with an advertising billboard telling you that Scottish rain is unique, makes alcohol products special and implies an explanation of Scottish drinking behaviour. This is a common kind of belief; that each place has a drinking culture shaped by long experience, the weather and the soil.

No policy measures can change history or geography – but can our relationship with alcohol and the levels of harm which come from alcohol consumption be changed? The Scottish Government is attempting just that. In 2009, it introduced a policy plan called “Changing Scotland’s Relationship with Alcohol.”

There have been a range of actions in Scotland, including a ban on “Three for the price of two” offers, controls on displays in stores, a brief intervention programme and some investment in treatment services. Most attention has been on the introduction of minimum unit price (MUP) in May 2018. Since then, various studies have been published contributing to answering the question “will it work?”.

Much media attention was given to a recent study of heavy drinkers in treatment – almost all of whom scored highly on measures of alcohol dependence – and their families. It found that there was no statistically significant change in the severity of dependence of people in contact with services before and after MUP. Based on the consumption data reviewed, the proportion of people who had drunk at harmful levels in the last week had not changed significantly. When examining this study it is import to note that it looked at different groups of people at different time points. It did not follow up the same people before and after the introduction of MUP.

Looking at the wider evidence, the study found a more mixed picture: people drinking at hazardous levels (14-35 units for women, 14-50 units for men) in the last week fell by 3.5%. Moreover, it found that the proportion of people presenting at treatment who typically drink strong cider fell from 25% to about 7%.

It may thus be that MUP reduced the number of people drinking at the most harmful levels, but there is a group of very heavy drinkers whose drinking levels, at least in the short term, do not change in response to price increases. This makes a strong case for closing the substantial treatment and support gap for people with alcohol problems and their families. In Scotland, it was estimated in 2014 that only one in four people with alcohol dependence were able to access treatment. Since then, the number entering treatment has fallen by over 25%, similar to the decline in England.

Importantly, the recent MUP study also found that people with alcohol dependence employed a range of coping strategies to respond to the price increases. Although some heavy drinkers (around one in five) reported cutting back on food expenditure, most did not employ strategies that put their wellbeing at additional risk.

Before the implementation of MUP, family members of heavy drinkers feared that MUP would lead to increased disruption, including violence in the home. However, the study found no evidence of this occurring. This is similar to concerns about other potential negative side effects, such as large-scale cross border purchases, substantial home production of alcohol and people switching to other more harmful drugs or using non-beverage alcohol (such as mouth wash or hand sanitisers). None of these feared outcomes have occurred to any significant extent.

So, has Scotland’s relationship with alcohol has changed since 2009? The 2022 Monitoring Report from Public Health Scotland looked at the key available indicators of trends, including health data.

Prior to the COVID pandemic, mortality rates in Scotland had fallen by about a third from their peak in the 2003-6 period and the rate for men in 2019 was the lowest since 1996.

Much of this falling mortality was among those living in deprivation. 2019 figures showed a fivefold alcohol mortality gap between the poorest and richest Scots – half of what it had been 15 years before. There are good grounds to be confident that effective alcohol policy contributes to narrowing Scotland’s substantial health inequalities between rich and poor.

The mortality gap between Scotland and other UK nations has also narrowed. Rates for Scotland, Northern Ireland and North East England are now all between 19.5 and 21.5 per 100,000. In 2002, Scottish rates were more than twice those of Northern Ireland. The same is true for the consumption gap: in 2011, Scottish alcohol consumption was 20% higher than England and Wales – in 2021, this had narrowed to 4%. Scotland is no longer a significant outlier within the UK when it comes to alcohol harm.

Despite all this progress, alcohol remains a major problem in Scotland. Almost 1,200 deaths are directly caused by alcohol each year. In addition, around 3,600 deaths are attributable to alcohol. 33,000 hospital admissions annually show the continued burden of harm and this harm still falls disproportionately on those living in poverty and their families. During the COVID-19 pandemic, alcohol specific mortality rose by 20% in Scotland in 2020. This was in line with the experience of other UK nations and the USA during lockdown.

So, while there are signs that Scotland has changed its relationship with alcohol since it implemented a prevention approach based on WHO guidance, there is still much to be done. To continue that change, Scotland needs to develop the treatment and support capacity, maintain the progress in pricing policy by adjusting the level of MUP and implement alcohol marketing controls.

Dr Peter Rice worked as a Consultant Psychiatrist in an NHS Alcohol Treatment Service for over 20 years. He was among the group of doctors who founded Scottish Health Action on Alcohol Problems in 2006 and is a past chair of SHAAP. He has been active in the Alcohol Health Alliance since 2013 and is currently President of the European Alcohol Policy Alliance. 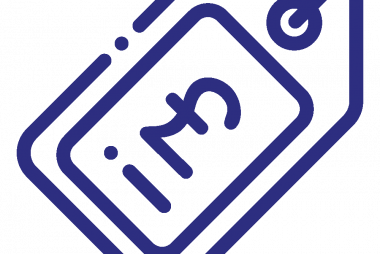 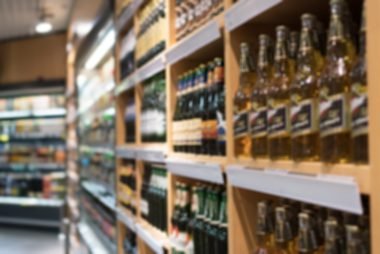 Why do we need minimum unit pricing in Northern Ireland?

After the implementation of MUP in Ireland, Andrea Trainor makes the case for why Northern Ireland should follow suit