Our relationship with alcohol is reaching crisis point: 65 people a day die from alcohol related causes; almost half of all violent crime is linked to alcohol; and over one in three child deaths and serious injuries due to neglect are linked to parental drinking. Dealing with the problems it causes costs our society as much as £52 billion a year.

We need your help to change this – will you send a postcard to your MP asking them to take action on cheap alcohol? 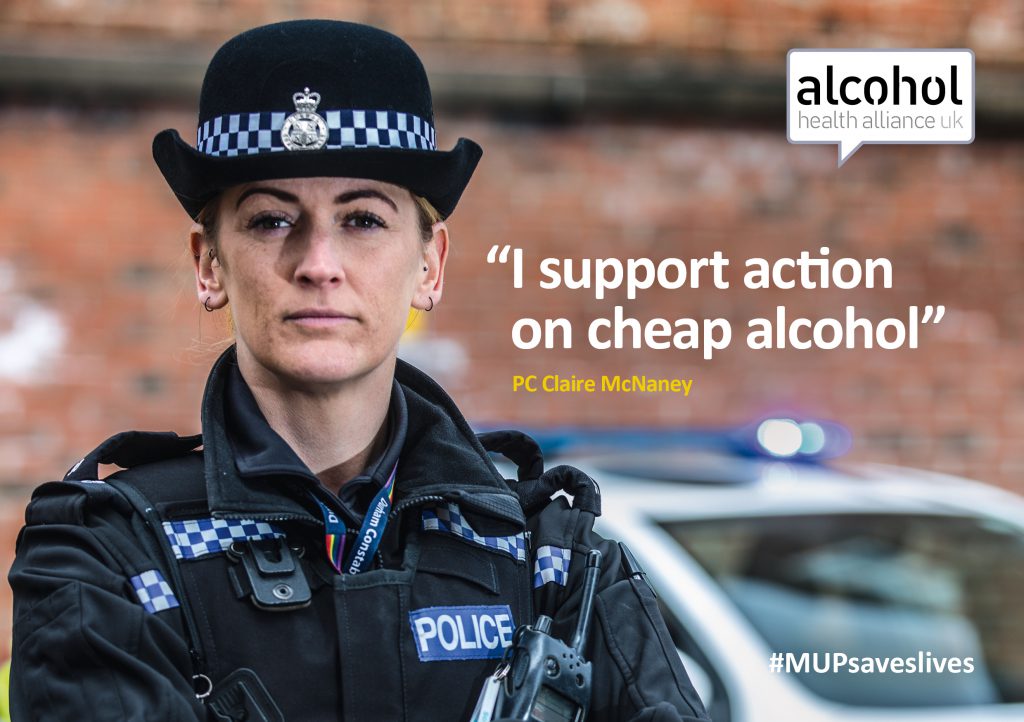 Cheap alcohol is at the root of our problems: It’s possible to buy a bottle of strong white cider containing the equivalent of 22 shots of vodka for just £3.59. At this price, it is possible to consume more than the recommended weekly limit of alcohol for the cost of a small latte in Starbucks.

The best way to address the price of the cheapest alcohol is through minimum unit pricing (MUP). MUP sets a minimum price under which a unit of alcohol cannot be sold. In Scotland, this is 50p. Most alcoholic drinks already cost more than this, so MUP would not affect pub prices and moderate drinkers would on average only spend an extra £2.25 a year on alcohol.

At the same time, MUP would save 525 lives every year, cut crime, save money and reduce the pressure on our NHS and emergency services. Watch these video to see why doctors, police officers, shop keepers, homeless hostel support workers and parents support MUP.

Will you help us save 525 lives a year and make MUP become a reality in England? Tell your MP why you think they need to take action on cheap alcohol – send them a postcard here.

Minimum unit pricing has the widespread support of leading medical and police organisations, many of the country’s largest charities – and the majority of the general public. Scotland has introduced MUP on 1 May 2018, Wales has passed legislation to introduce it, the Northern Ireland government announced plans to introduce MUP before its dissolution, and the Republic of Ireland is looking to introduce it soon too. England cannot afford to be left behind – we need to act now.