A new campaign which highlights the association between alcohol and at least seven different types of cancer has launched across the North East and North Cumbria.

The Balance and NHS ‘Alcohol causes cancer’ campaign encourages people to cut down their alcohol consumption to reduce their risk of cancer. The campaign is being supported by local authorities in the North East and Cancer Research UK with substantial NHS funding from the North East and North Cumbria Integrated Care System, which will enable advertising to run on ITV.

Sue Taylor, head of alcohol policy for Balance, said: ‘It is particularly worrying that we are seeing such high rates of drinking, especially in men and people in their 40s and 50s. This campaign gives a really important reason to cut down.’

Find out more at ReducemyRisk.tv

Jonathan Shepherd CBE, founder of Cardiff University’s Violence and Society Research Group, has been working with Lord Brooke of Alverthorpe, the Institute of Alcohol Studies (IAS) and the AHA to table amendments on serious violence to the Police, Crime, Sentencing and Courts Bill.

Lord Brooke tabled two amendments to address these issues: one to ensure that any local strategy to prevent and reduce serious violence has regard to the already known drivers of serious violence, including alcohol and drug use. The second was to clarify the definition of serious violence, ensuring that any violence which is serious enough to result either in injury requiring emergency hospital treatment or in harm constituting grievous bodily harm would meet the threshold for serious violence.

Both amendments have been debated in the House of Lords and received support across the house. Lord Brooke plans to discuss the issue further with  Baroness Williams of Trafford and might reintroduce the amendments at a later stage of the bill.

The Alcohol Health Alliance has been working with the Labour health team to table suggested amendments on alcohol to the Health and Care Bill. These include an amendment to include alcohol in the list of “less healthy” products, thereby making it liable to the proposed advertising restrictions for junk food; an amendment on additional labelling requirements for alcohol; and an amendment on improving alcohol treatment services through a mandatory annual report.

The first amendment was debated on 26 October. Labour MP Alex Norris argued that it was strange that alcohol has not been included in the list of “less healthy”products, particularly considering the Government’s obesity strategy. The Minister for Health, Edward Argar, stated that the Government is committed to ensuring children are protected from alcohol marketing and that existing codes provide sufficient protection. The AHA report on marketing – to be launched next week – provides evidence to the contrary, highlighting that children are exposed to substantial amounts of alcohol marketing despite existing codes.

The labelling amendment was debated on October 28. Alex Norris MP argued that people have the right to know what they are consuming and the risks associated with it. He highlighted that most people don’t know the calories of alcohol and that not enough people know about the risks of drinking during pregnancy. Norris also mentioned the AHA and quoted statics from our report on alcohol labelling. In response, Minister Argar agreed that people have the right to this information, but went on to say that this is why the Government plans to launch a consultation. The consultation, Argar argued, makes the amendment unnecessary. Norris then said that while he respected the process, the consultation shouldn’t be confused with action and that there is a growing sense of impatience.

The treatment amendment was also debated on 28 October, with Alex Norris using AHA provided statistics to argue his case. Minister Argar, however, deemed the clause unnecessary as “significant work is already under way in this area”, referring to the work of the Office of Health Disparities and Inequalities as well as the implementation of Dame Carol Black’s review recommendations on drug treatment, which he said will apply to alcohol treatment as well.

Recovery Talks is a podcast from Changing Lives where people get together to share their thoughts, ideas and stories of recovery and what this means to them. Changing Lives hopes, with the help of guests, to add to the increasing understanding of addiction as an activity in people’s lives with a view to understanding in greater depth what brings this about for so many people and how to look beyond symptoms for a clearer picture.

The podcast is available on Spotify, Apple Podcast and online.

A recent Public Health Scotland study suggested that minimum unit pricing (MUP) has done little to reduce alcohol-related crime in Scotland. Dr Carly Lightowlers of Liverpool University and Lucy Bryant of IAS looked into the limitations of the study, and published a blog on the subject.

Among other criticisms, they point out that MUP has little impact on on-trade alcohol prices, and it is on-trade venues where crime is more likely to be recorded by police. Furthermore, home drinking may be reduced with MUP and thus reduce violence at home, but this is so poorly reported that the change may not be recognised.

Webinar: The increase in alcohol-related deaths: how can we respond?

This joint webinar between Addiction Professionals and DDN looked at the statistics behind the worrying increase in alcohol-related deaths and considered the causes, and what we can do to prevent further increases.

This webinar as well as the several other webinars Addiction Professionals has hosted are available online.

Training course: How the PRIDDY toolkit can help

Cray About Gin? A sober story from public health history

NIADA is passionate about reducing alcohol related harm and has recently given Oral Evidence at Stormont in response to the change in Liquor Licensing Laws consultation. We have also organised a successful online event on Minimum Unit Pricing ahead of the consultation in Northern Ireland and are backing the Alcohol Health Alliance campaign for better alcohol labelling.

Our member organisations deal with a wide range of clients daily and their aim is to help that client in anyway possible including reducing alcohol related harm. Currently in my role I am working on an awareness campaign around alcoholic caffeine drinks, commissioned research pieces with Queens University Belfast and Ulster University and organising an All Party Group on Addiction and Dual Diagnosis.

I am inspired from working closely with the individual members who represent the organisations within NIADA. Each person has knowledge, expertise and compassion in their field way beyond anything I have ever known. Members put the needs of their clients first with the aim of making positive changes by working together, sharing information and pulling resources in a way that is new to this sector. I am privileged to learn from them every day.

I think we need to look at the bigger picture when aiming to reduce alcohol related harm. This should include better education for our young people, clearer labelling on alcoholic products and restricted advertising – especially around sporting events. Our social culture here in Northern Ireland tends to focus heavily on alcohol; maybe the possibility of adopting a more family orientated approach in our cities would be a good starting point to break that cycle. 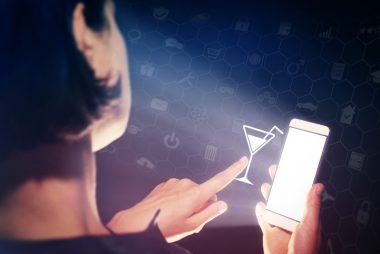 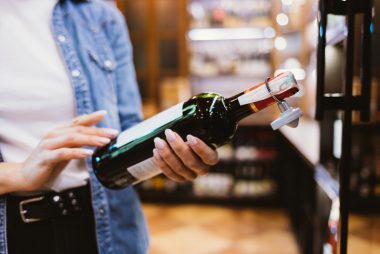