22 November 2017: The Alcohol Health Alliance UK (AHA) celebrated its tenth birthday today at a special event in the House of Commons.

Set up in 2007 by Professor Sir Ian Gilmore, then-President of the Royal College of Physicians (RCP), the AHA brought together 24 alcohol and health organisations, including many of the Medical Royal Colleges, concerned about rising levels of alcohol harm across the UK.

The AHA has since grown to a membership of over 50, and is still hosted at the Royal College of Physicians, in Regents Park, London.

Over the last decade, AHA members have worked together to campaign for evidence-based measures to tackle alcohol harm and reduce the burden of alcohol on the health service. The AHA has campaigned for measures such as tax increases on the cheapest drinks, and marketing restrictions to prevent the exposure of children to alcohol adverts.

Notable steps forward in alcohol policy over the last decade include the introduction of the alcohol duty escalator in 2008, before it was scrapped in 2014, and seeing minimum unit pricing being given the go-ahead in Scotland, following a campaign from alcohol and health organisations in Scotland supported by the AHA.

Professor Gilmore has chaired the AHA since its inception. Reflecting on the past 10 years, he said:

‘We have seen plenty of ups and downs over the past 10 years in alcohol health policy. During the first few years of the AHA, we saw the alcohol duty escalator save lives and reduce hospital admissions, but were later disappointed when the escalator was scrapped.

‘We also saw the Westminster government commit to introducing minimum unit pricing, before doing a U-turn and shelving the policy.

‘However, with minimum unit pricing now going ahead in Scotland, and likely Wales, and with the Westminster government considering increasing the duty on high-strength ciders which do a great deal of harm, there are reasons to be positive about what we will achieve in the coming years.’

‘We congratulate the AHA on reaching its tenth year, a testament to the hard work Alliance members have done over the past decade and their commitment to securing policy change.

‘We are proud to have set up the AHA and to continue to host the Alliance and play a leading role in its work. Our members see first-hand the damage done to health by alcohol, and by working for evidence-based measures to tackle alcohol harm, we can help prevent unnecessary death and disease, and ease the burden on our already overstretched medical workforce.’

At the event, the AHA launched ‘Measuring Up‘, a report looking back on 10 years of the AHA, and looking at what needs to happen in alcohol policy going forwards.

The event also included an award ceremony, during which the AHA presented the following awards to parliamentarians:

We also presented the following awards to AHA members:

– Katherine Brown (Chief Executive of the Institute of Alcohol Studies), for her contribution to AHA policy development

– Dr Kieran Moriarty (British Society of Gastroenterology), for his long-standing commitment to the AHA

– Balance, the North East Alcohol Office, for their campaigning on alcohol and cancer

– Scottish Health Action on Alcohol Problems and Alcohol Focus Scotland, for their campaigning for MUP in Scotland.

Pictures of the event are below. 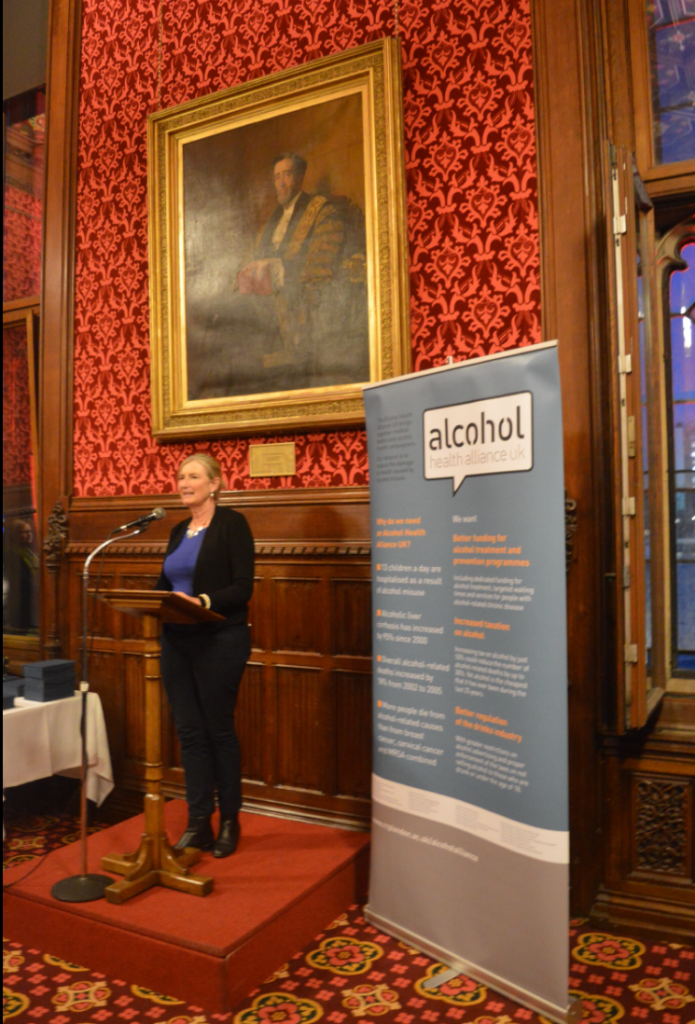 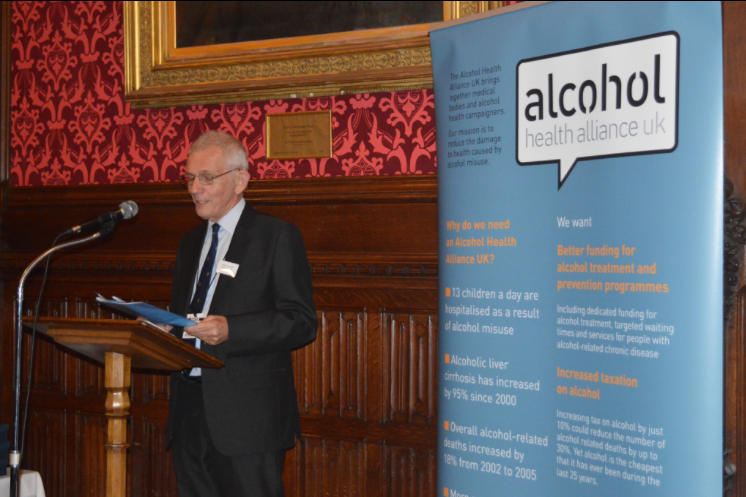 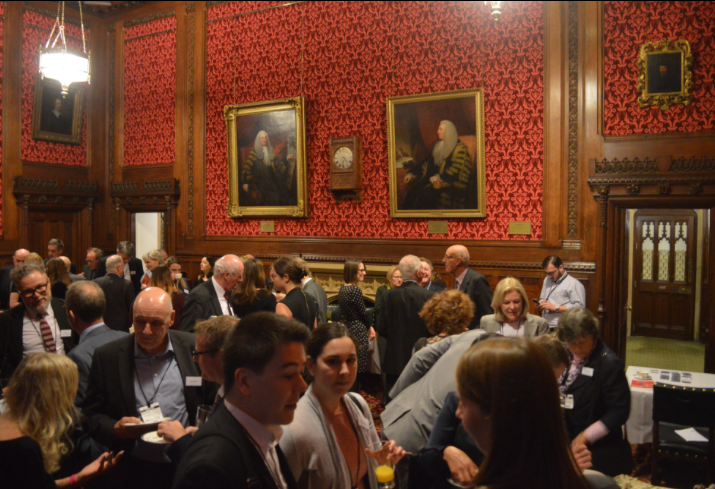 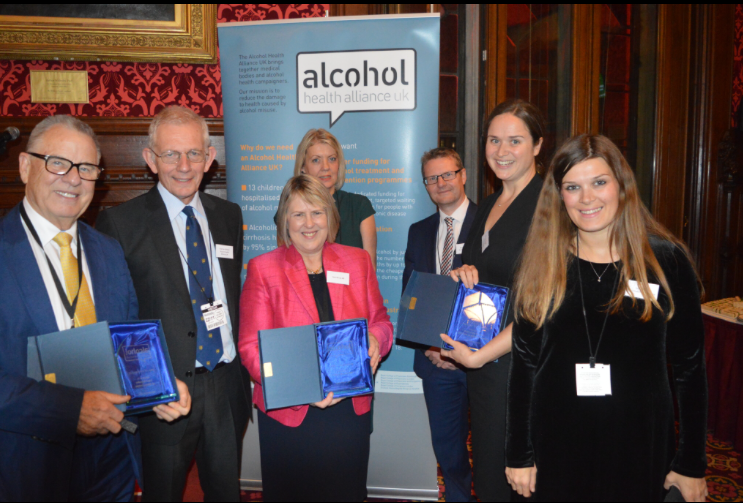 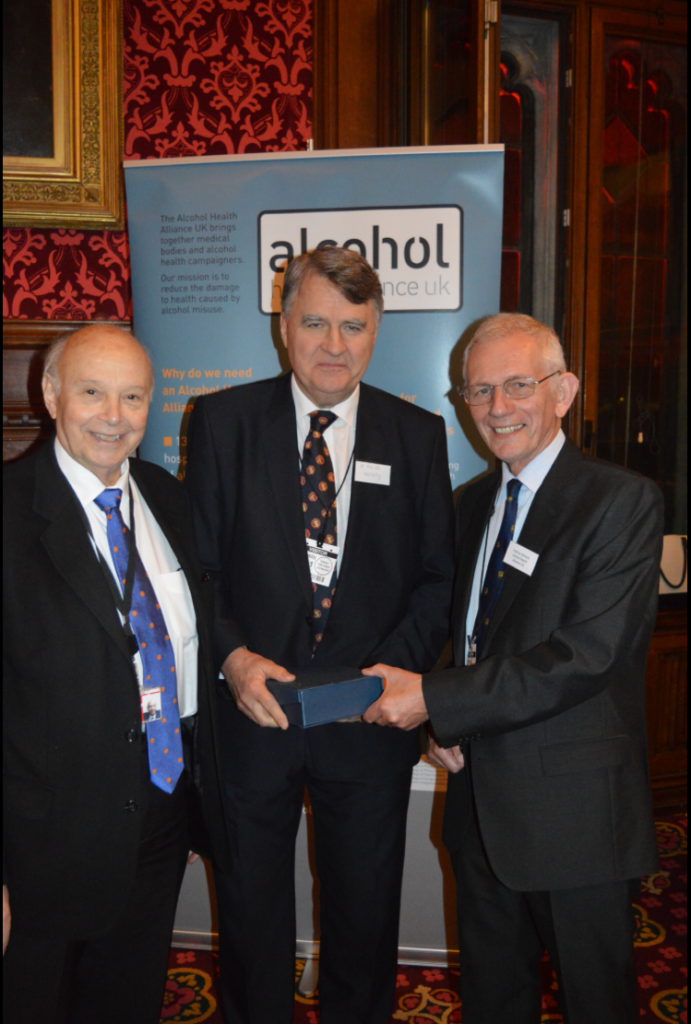