Following the news that The Woolpack and The Rovers Return will now have branded alcohol-free beer on tap, Dr Alex Barker, lecturer in Psychology at Nottingham Trent University, takes a closer look at alibi branding.

Heineken has struck a deal with ITV to feature their alcohol-free beer, Heineken 0.0, on draught in the pubs featured in Emmerdale and Coronation Street from 29 April. Heineken state that this will help to normalise the use of alcohol-free beer in the UK, and whilst messages around alcohol health promotion can be communicated through British soap operas, the use of an associated alcohol brand potentially confuses the messaging.

Soap operas (soaps) have been a staple of UK prime-time television broadcasting for decades, with current programmes such as EastEnders, Coronation Street and Emmerdale averaging nearly 7 million viewers per episode. Soaps are often made to attract young viewers, are popular with young people and are regularly watched by children with their family.

There is now strong evidence that exposure to alcohol imagery in the media, whether as programme content or commercial advertising, increases alcohol use by adolescents. Alcohol content in the media normalises these behaviours for young people, and young people may imitate behaviours of influential others, such as celebrities.

Heineken will be using their 0.0 alcohol free branding in soap operas on ITV and whilst the Ofcom broadcasting code prohibits paid-for alcohol product placement, the regulations do not cover alcohol free brands. Despite this, there are still some issues with the use of the branding.

Firstly, the branding is to be used on draught beer pumps on the bar, however, in the study cited above, alcohol paraphernalia, such as a beer pumps on a bar, only accounted for 18% of intervals containing alcohol content. Implied alcohol use, such as holding a drink in your hand, accounted for 14% of intervals containing alcohol content. Heineken have not stated whether Heineken 0.0 branded pint glasses will be used, which begs the question of how the viewer will know that the pint of beer in a character’s hand is alcoholic or not. In a pub setting the viewer may assume that this is an alcoholic drink, and this will likely continue to have the same influence on youth alcohol consumption.

Secondly, the branding could be seen as an example of alibi marketing.

What is alibi branding?

Alibi marketing refers to the use of core elements of a brand’s identity, such as a strapline, word, colour or shape, are used in advertising. It has been previously argued that Heineken 0.0 advertising may be acting as an alibi for alcohol products not least because they share the same brand imagery (a star in the case of Heineken) on both alcohol and alcohol-free products. Potential consumers, and particularly young people, may well not distinguish advertising for alcoholic and non-alcoholic Heineken products. Alibi marketing could potentially be serving a subtle public relations function, engendering goodwill with potential consumers of the brand while increasing the promotion of their alcohol products, promoting brand preference and product consumption.

What should we do?

It is not yet known how the inclusion of an alcohol-free brand will be perceived by viewers. Further research should be conducted to explore the perception of this branding within the programme by viewers to see if it is having the intended health messaging effect or whether the inclusion of an alcohol-free brand is contributing to the exposure to alcohol content from soap operas. Soap operas should continue to be monitored for alcohol content to ensure that this branding is being used within the regulations set out by the Ofcom broadcasting code. 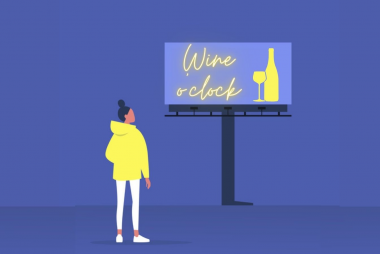 Alcohol advertising and its impact on young people 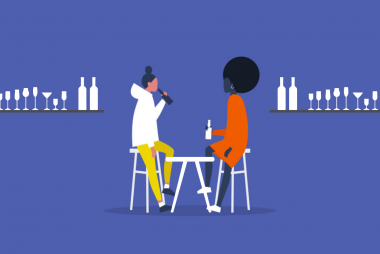 The problem with drinking responsibly