The Glasgow LGBTQI+ Substance Use Partnership was set up in August 2019 to address the disproportionate impact of substance use on LGBTQI+ people and communities in the city by improving service inclusivity and by proactively engaging with the community around reducing harm. In this blog, David Barbour, Alcohol Brief Intervention Practitioner for the Glasgow Council on Alcohol, reflects upon the success of the project.

I have been aware for a long time that the LGBTQI+ community were at higher risk of mental health problems – and thus were at higher risk of alcohol harm. Having previously volunteered with the now defunct charity Gay Men’s Health, worked at the Scottish Drugs Forum, and as a gay man in recovery myself, I felt that my role as an Alcohol Brief Intervention (ABI) Practitioner with Glasgow Council on Alcohol (GCA) would be a great opportunity to find new ways to support the community.

I’d recently completed a public health course for the Open University for which I’d written a project proposal on delivering ABIs in gay bars – with GCA’s support, I now had the opportunity to put this into practice in some form.

I was already aware of a couple of pieces of research that had been conducted in this area in Scotland, and I had based my public health course ABI proposal on these. The first was research on the ‘Social Context of LGBT drinking’ by Professor Carol Emslie et al. at Glasgow Caledonian University – which also summarised past research on LGBTQI+ alcohol use and related issues. The second was research on ‘Transgender Experiences of Alcohol and Drug Services’ conducted by the Scottish Transgender Alliance and Ayrshire Health and Social Care Partnership. Scottish Health Action on Alcohol Problems (SHAAP) funded both pieces of research.

I was aware that not only were alcohol and drug services not being proactive in terms of LGBTQI+ inclusivity, but that LGBTQI+ services also weren’t being particularly active on the issue of substance use – and in Glasgow, a lot of these organisations weren’t even in contact with each other. It wouldn’t surprise me to learn that this is the case elsewhere.

Formation of our Partnership

Working with an ex colleague at the Scottish Drugs Forum, we co-designed a pilot training course on LGBTQI+ Substance Use which we began delivering to GCA staff. It made sense that if we were going to be proactively engaging with LGBTQI+ people, we should be able to refer them to counsellors or other staff who had some awareness of their specific issues beforehand.

A staff member from Scottish Families Affected by Alcohol and Drugs attended one of these training sessions. After the session, she expressed an interest in working together on these topics and from our discussions; we agreed it would be useful to start up a working group of relevant organisations in alcohol and drugs, and LGBTQI+ health. This group subsequently became the Glasgow LGBTQI+ Substance Use Partnership – and included academics, family support services and NHS health improvement staff.

We developed and agreed a Terms of Reference document to guide our work, identifying two key strands – service inclusivity and community engagement. We set up sub-groups on each of these. The service inclusivity subgroup has continued to work on developing the LGBTQI+ Substance Use Training course, with the Community Engagement sub-group embarking on work to engage with the LGBTQI+ community – most notably in the form of two projects funded by the Ripple Community Activity Fund (a funding stream of the Glasgow Alcohol & Drug Partnership).

This was the first of our Partnership’s projects, led by GCA and Scottish Families, and supported by the wider Partnership, which ran in the summer of 2020. This saw us recruit volunteers from the LGBTQI+ community in Glasgow to co-produce a new website and a social media campaign to raise awareness about substance use health inequalities; as well as signposting to where people could access inclusive support.

We worked with Media Co-op to run three co-production workshops with our volunteers. Facilitated by the excellent staff at Media Co-op with support from Ash Husband of Scottish Families, and myself, our volunteers came up with the campaign/website name – #KinderStrongerBetter and www.kinderstrongerbetter.org. Over the course of the workshops, the volunteers co-produced a range of campaign messages and worked together to create content for the videos.

Delayed slightly by the outbreak of the COVID-19 pandemic and lockdown, the campaign finally launched in June 2020, which pleasingly happened to be Pride Month. We launched the campaign and website via an online event which was opened by the then Minister for Public Health. We premiered each of our campaign videos, with volunteers also sharing some of their experiences of the project. One volunteer read out a poem he’d written for the occasion.

The campaign received a full-page article in the Daily Record, and achieved excellent engagement in terms of social media and website hits. You can view the campaign reports here.

The second of our projects funded by the Ripple Community Activity Fund is currently underway, led by GCA and supported by the wider partnership. Once again, we have recruited volunteers from the LGBTQI+ community in Glasgow who we are training to become ‘Community Champions’ on substance use health inequalities.

The training covers a range of relevant topics, including alcohol and drug awareness, chemsex, blood borne viruses, drivers for LGBTQI+ substance use, delivering alcohol brief interventions, community activism and digital storytelling. The volunteers will lead on the development and staging of an event around these issues sometime in April 2021, before then forming a permanent peer involvement sub-group of the LGBTQI+ Substance Use Partnership. This group will work with the Partnership longer term to identify community needs and bring resources to them, as well as developing new social media and other online resources – and delivering interventions (e.g. ABIs) in LGBTQI+ community spaces.

Wider work of the Partnership members

The LGBTQI+ Substance Use Partnership has grown since its inception, with new organisations and new specific areas being considered. The group has acted as an excellent discussion forum and a spur to organisations to take action on their own to become more acceptable and inclusive to LGBTQI+ people, as well as being a forum for sharing knowledge and good practice.

Several of our members have set up new services or created new resources aimed at the LGBTQI+ community. Our LGBTQI+ service members are doing the same and giving attention to substance use as a priority along with their core work around mental health and/or sexual health – either by launching their own services/resources or inviting substance use organisations in to talk to their service users.

It’s been a busy first year and a half for our Partnership, but we’re only just beginning with the huge effort it will take to truly address LGBTQI+ substance use harms and their causes. Doing so will require work and collaboration across many levels (including local and national), organisations and policy areas – because it fundamentally means tackling the huge burden of harm caused by historic and ongoing discrimination towards LGBTQI+ people.

You can view a summary of the work undertaken by the Glasgow LGBTQI+ Substance Use Partnership members here.

You can view an index of research on LGBTQI+ substance use here. 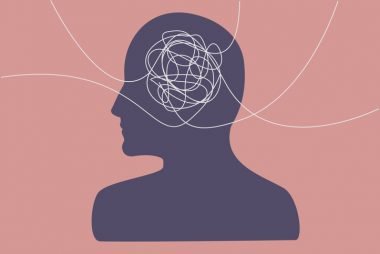 How to avoid alcohol relapse: tips for when addiction resurfaces 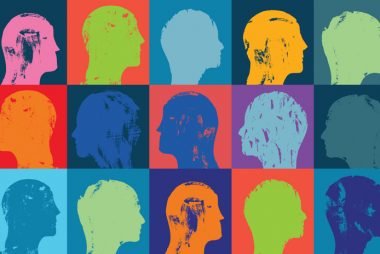 Julia Sinclair writes about why it is important to treat mental ill-health and alcohol addiction together.