We are calling on MPs to end alcohol tax breaks in the upcoming Budget to ease the pressure on the NHS and other public services.

Alcohol duty cuts from 2013-14 have cost the Treasury around £4bn until today, which will rise to £8.3bn by 2022-23 according to government estimates. This is much-needed money which could fund 34 million emergency ambulance call outs, 530,000 social care packages for older people or 60 million hospital outpatient appointments.

With the NHS in crisis, we just can’t afford any more alcohol duty cuts. 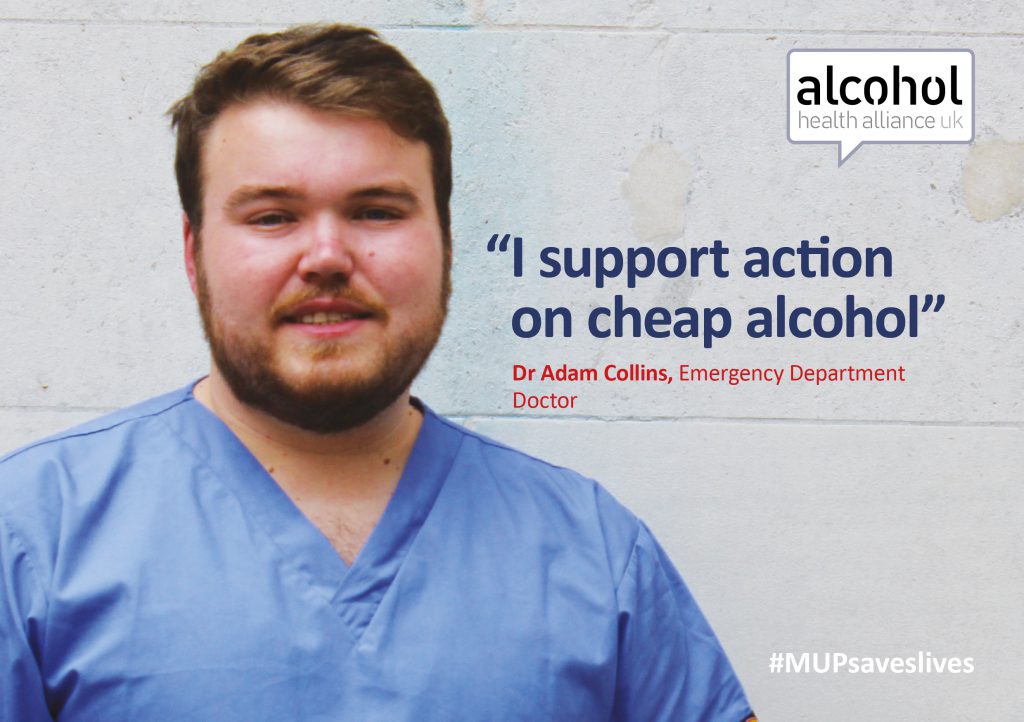 We are calling for alcohol duty to be increased by 2% above inflation. The duty escalator, which was in place between 2008 and 2012, did this and was highly effective in reducing harm: Alcohol-related deaths peaked in 2008 (the year it was introduced), fell significantly while it was in place, and have been flat since its repeal.

Apart from bringing in extra money for the NHS and other public services, tackling cheap alcohol will also help to reduce the harm caused by it.

Homeless hostel support worker Dave Angel sees alcohol harm day in day out in his job. Having experienced alcohol addiction himself in the past, he knows how its easy availability can destroy lives: “I’ve seen people lose their lives and sustain serious injuries because of alcohol. Others have been cut off from their family and friends because of their addiction. The Government needs to recognise that alcohol is a highly addictive drug and should be doing more to protect society’s most vulnerable from its grip. They changed the law on smoking and cigarettes, now action is needed on alcohol as the impact on people and the wider society is so destructive.”

In addition to Dave, five other individuals – a bereaved mother, two frontline doctors, a police office and a shopkeeper – support our campaign. Read their case studies by clicking on the photos.