The North East has the highest rate of alcohol related deaths in England. In this blog, Sue Taylor, Head of Alcohol Policy at Balance the North East Alcohol Office, explores why alcohol harm is so high in the North East and considers what can be done to tackle the health inequalities.

What is health inequality?

Health inequality refers to the various differences in health which exist between socio-economic classes or geographical areas and which often play out in terms of life expectancy.

There is no doubt that these staggering statistics are linked to the fact that the North East has the lowest average income of any region in England and 500,000 people in the North East live in poverty.

What does health inequality look like in the North East?

We know that cultural and behavioural factors such as alcohol consumption, smoking, exercise and diet fuel health inequalities and we know that more deprived regions – such as the North East – suffer more than other areas of England. Whilst public health is taken extremely seriously in this region, we still face bigger challenges and must work harder to give our residents the best possible outcomes.

The situation around alcohol in the North East is particularly challenging.  For instance:

How does alcohol impact health inequalities?

At the heart of this sits the ‘alcohol harm paradox’ – which shows that although people from poorer groups often report lower average levels of alcohol consumption than those from wealthier groups, people from deprived communities are significantly more likely to end up in hospital as a result of drinking alcohol and to die from causes linked to alcohol.

Alcohol is also involved in a wide range of health and social concerns including; dangerous driving, crime, cancer, heart and liver disease and accidents at work.  Given this, and the fact that poorer communities tend to be more affected by these issues, tackling problems associated with alcohol should be at the heart of efforts to reduce health inequalities across society.

How should we tackle alcohol harm?

Put simply, we need more action from the government to tackle the harm.

We know so much about the problems associated with alcohol, and yet it is still possible to buy 2.5 litres of 7.5% cider – the equivalent of 19 units of alcohol – for just £3.59 in England. That’s significantly more alcohol in one bottle than the weekly low-risk drinking guidelines recommend – and it costs less than a high street cup of coffee.

A minimum unit price (MUP) for alcohol would be an extremely effective lever to reduce health inequalities and cut consumption among low-income heavy drinkers.

The Sheffield Alcohol Policy Model estimates that an MUP of 50p would cut consumption among low-income heavy drinkers by around 300 units a year per drinker, with little effect on moderate drinkers. It would also have the biggest impact on reducing alcohol related deaths among heavy drinkers on low incomes, reducing the gap in harms between the richest and poorest and be the most effective policy to reduce health inequalities.

Availability is also key. Research carried out in Glasgow examined the links between alcohol outlet density (on-trade and off-trade) and alcohol-related health outcomes in Scotland. It found that alcohol-related hospital admissions and deaths were much higher in poorer neighbourhoods with the most on and off-trade premises. This indicates that efforts to reduce alcohol-related harm and associated health inequalities, should consider the important role of the alcohol retail environment.

Population level measures must be coupled with a substantial increase in the availability of alcohol treatment services, which might particularly benefit those from economically disadvantaged groups.

The pandemic has not just seen an increase in health inequalities, it has also witnessed a surge in alcohol-related harms, with poorer regions – including the North East – suffering the most.  And it comes on top of dire warnings from doctors that cases of liver disease have risen a staggering 400% in the last 40 years.

If the Government is serious in its aim of ‘levelling up’ it must prioritise the introduction of a comprehensive, evidence-based national alcohol strategy, which tackles alcohol harms and helps the communities which need it the most.  The time for action is now, or we will see more suffering and more premature deaths.

Read the letter in full. 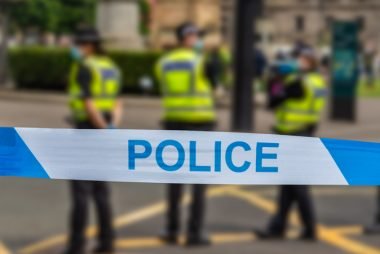 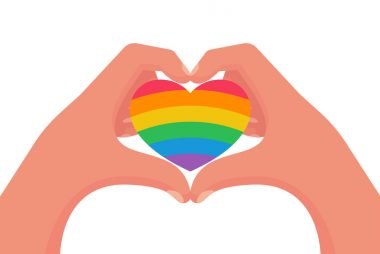 How can we tackle alcohol and substance harm in the LGBT+ community?

The Glasgow LGBTQI+ Substance Use Partnership seeks to address the impact of alcohol harm on the community. David Barbour tells us more.